The curator of the current exhibition “Green Sky, Blue Grass. Colour Coding Worlds”, Matthias Claudius Hofmann, and his team have also explored the complex mourning body painting practised by the Indigenous people of Tierra del Fuego (which literally means “land of fire”), in particular the Yaghan, Selk’nam and Kawésqar. The photographs taken by German missionary Martin Gusinde between 1918 and 1924 shed light on one aspect of the culture of Tierra del Fuego’s Indigenous people. These photographs were taken in an era when the genocide wrought upon the Yaghan, Selk’nam and Kawesqar by gold prospectors, sheep breeders and imported diseases was already at an advanced stage, which meant that the linguistic and cultural autonomy of these ethnic groups ceased to exist in the first half of the twentieth century.

Mourners painted themselves with patterns made from blood, chalk, ochre, rust or ashes, and pulverised bones. These were applied to the face in order to indicate the relationship to the deceased as well as the way in which the deceased had met their death, e.g. by falling from a cliff. The vertical stripes and dots would symbolise the mourners’ tears for the deceased. 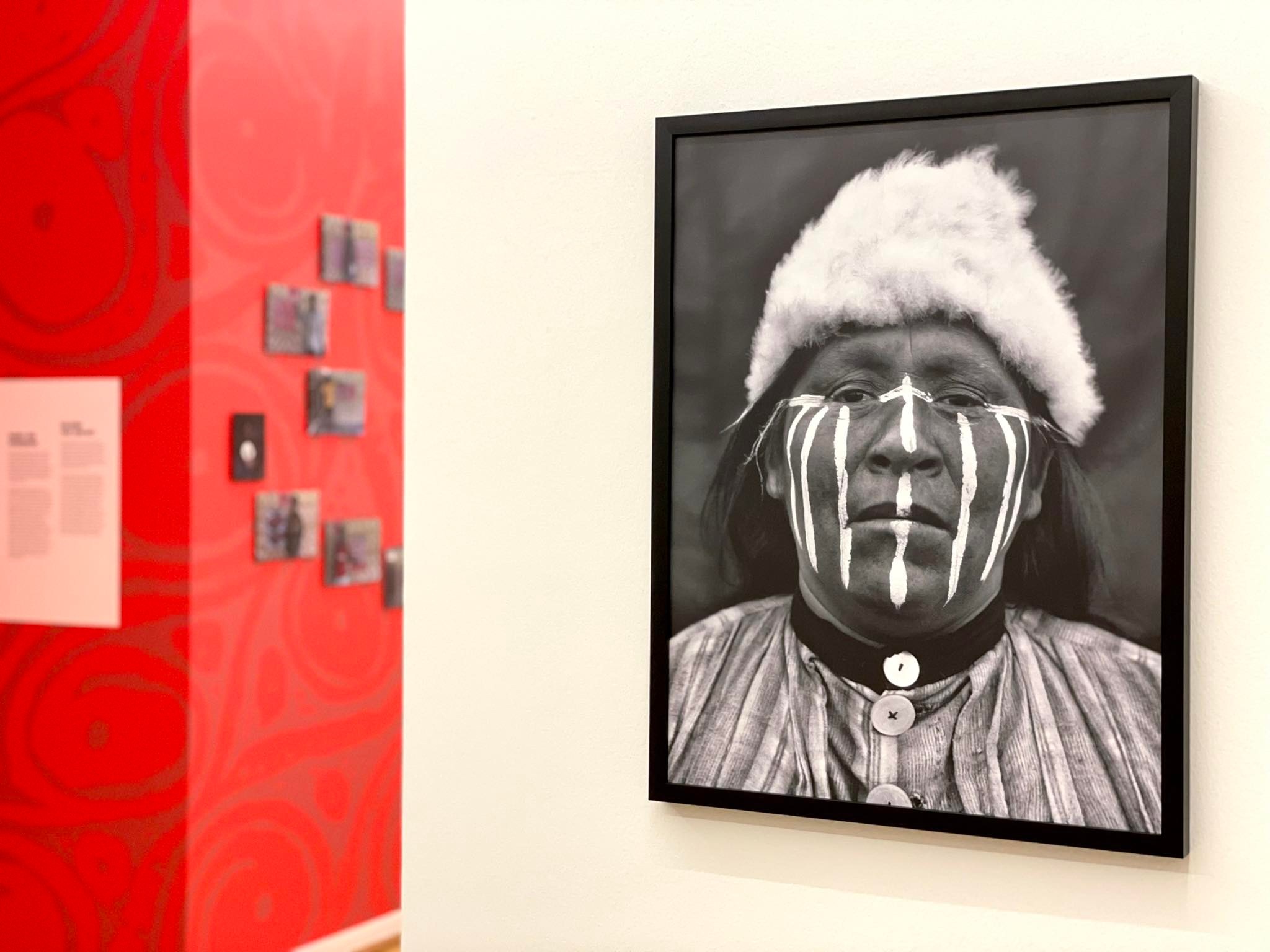 As part of the exhibition project to commemorate “150 Years of Photography”, in 1989 the Weltkulturen Museum (at that time still known as the Museum für Völkerkunde) staged an exhibition on Martin Gusinde’s photography. This was accompanied by the book “Der trauernde Blick: Martin Gusindes Fotos der letzten Feuerland-Indianer” (The Mourning Gaze: Martin Gusinde’s Photos of the last Tierra del Fuego Indians). The book’s author Anne Brüggemann selected photographs from around a thousand negatives at the museum’s disposal, most of them still in extremely good condition. Information contained in other publications and in Martin Gusinde’s estate made it possible to retrospectively identify and label these photos.

After a brief introduction about the homeland of the Indigenous people in Tierra del Fuego, the author provides insights into the most important historical events pertaining to exploration and research in the region, from the sixteenth century through to Gusinde’s travels between 1918 and 1924. This is followed by a short discourse on Gusinde’s publications about Tierra del Fuego and the ethnography of the Indigenous people. The author concludes by addressing individual facets of Indigenous culture, such as weddings, marriage and family life, various ceremonies and rituals such as coming-of-age initiation ceremonies. The atrocities committed against the Indigenous Fuegians by the gold prospectors and sheep breeders are also covered in the book.

Gusinde’s photographs were far from being snapshots taken without the knowledge of the subjects; in fact, the Indigenous people ensured that they were being photographed exactly as they wished to appear.

This means that although Martin Gusinde’s photographs are undoubtedly a subjective document of their time, today they are among the most important records of Yaghan, Selk’nam and Kawésqar culture.

*The term "Feuerland-Indianer" used in the title is no longer used today, but seemed unproblematic in the year the catalogue was published. Since it is included in the title of the catalogue, it is mentioned here. Today one would use "Indigene Bevölkerung Feuerlands" instead.