SHORT FILM ON THE INTERVENTION BY THE ARTISTS' COLLECTIVE SHIFT

As part of the exhibition "Invisible Inventories. Questioning Kenyan Collections in Western Museums"

Is there an appropriate way for us to present objects from Kenya in the Weltkulturen Museum when they are not visible in their country of origin?
We have discussed this question exhaustively with all the participants in the International Inventories Programme. Staff at the museum found it important to present a selection of objects from Kenya alongside the stories of their provenance in the exhibition. However, other participants did not want to display the objects because it was not possible for them to be physically included in the exhibition in Nairobi, and in Western museums such objects are all too often viewed as representations of “exoticism”.

The intervention was shown as part of the exhibition "Invisible Inventories. Questioning Kenyan Collections in Western Museums", which was on show at the Weltkulturen Museum until 9 January 2022.

SHIFT (Sam Hopkins, Marian Nur Goni, Simon Rittmeier) is a transnational collective working on the intersection of art and research, particularly on issues related to African objects diaspora in the aftermath of colonialism. As co-founding partners of the International Inventories Programme (www.inventoriesprogramme.org) they work at the intersection of art and activism. In their spatial installation "A Topography of Loss / Eine Topographie des Verlustes", the artists address the question of the voids left behind by the Kenyan objects that are now in German museums. Using the example of three belts from the Kamba community that have been in the Rautenstrauch-Joest Museum in Cologne since 1906, they address the moral obligation of German institutions to act now. In a video work, a textile print and photographs, the artists create an imaginary map to make these voids visible. They experiment with 3D printing techniques and ask questions about digital reproduction. 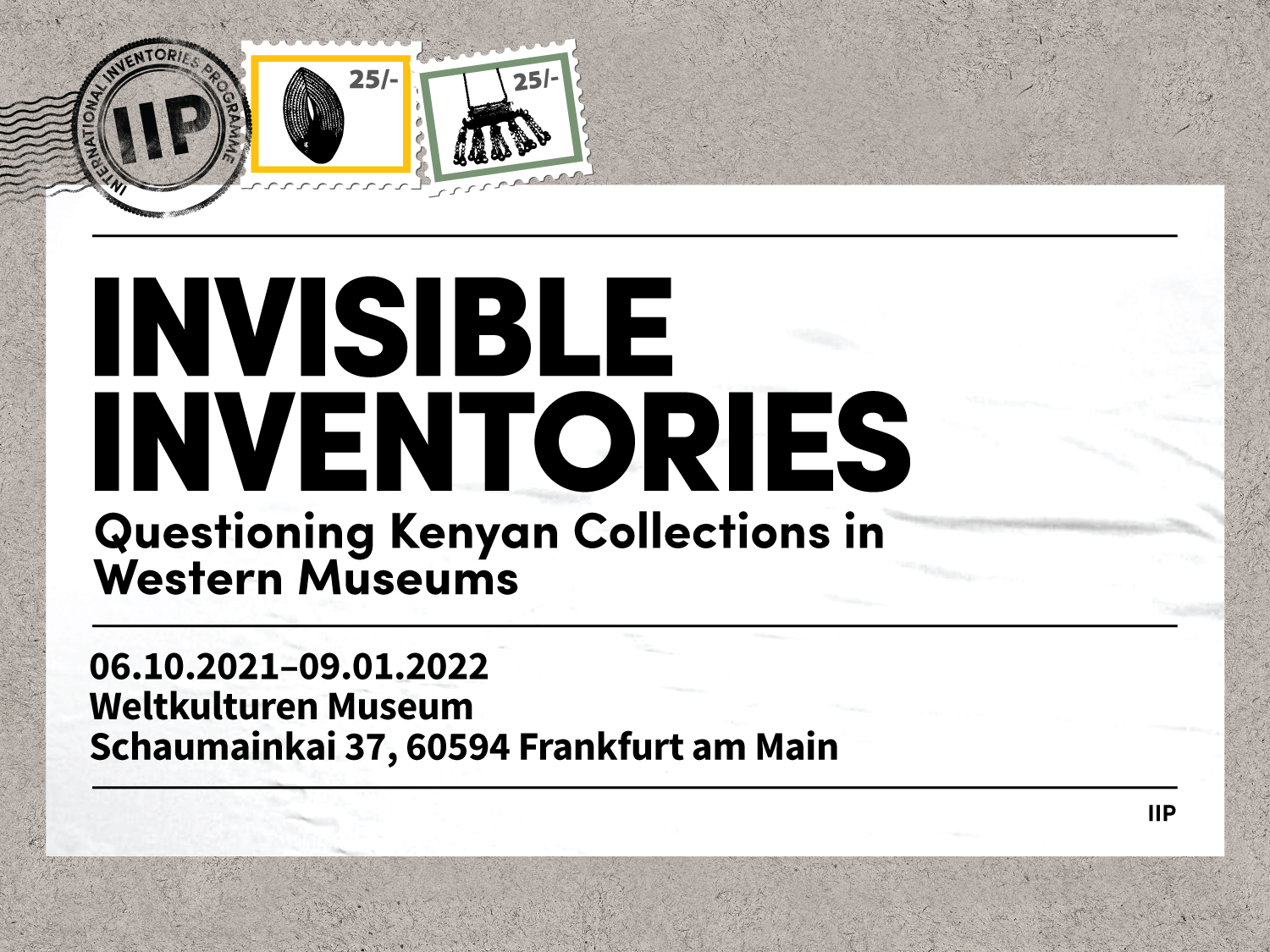