The demands for restitution of collection objects continue to be at the center of recent debates surrounding the decolonization of museums. The Weltkulturen Museum is facing this challenge and is now responding to the request for repatriation in a very special case: On June 12, 2021 the historic leather shirt of the renowned leader of the Teton Lakota, Chief Daniel Hollow Horn Bear (†1913 in Washington, D.C.) was handed over to the great-grandson and successor Chief Duane Hollow Horn Bear in Rosebud, South Dakota, USA. 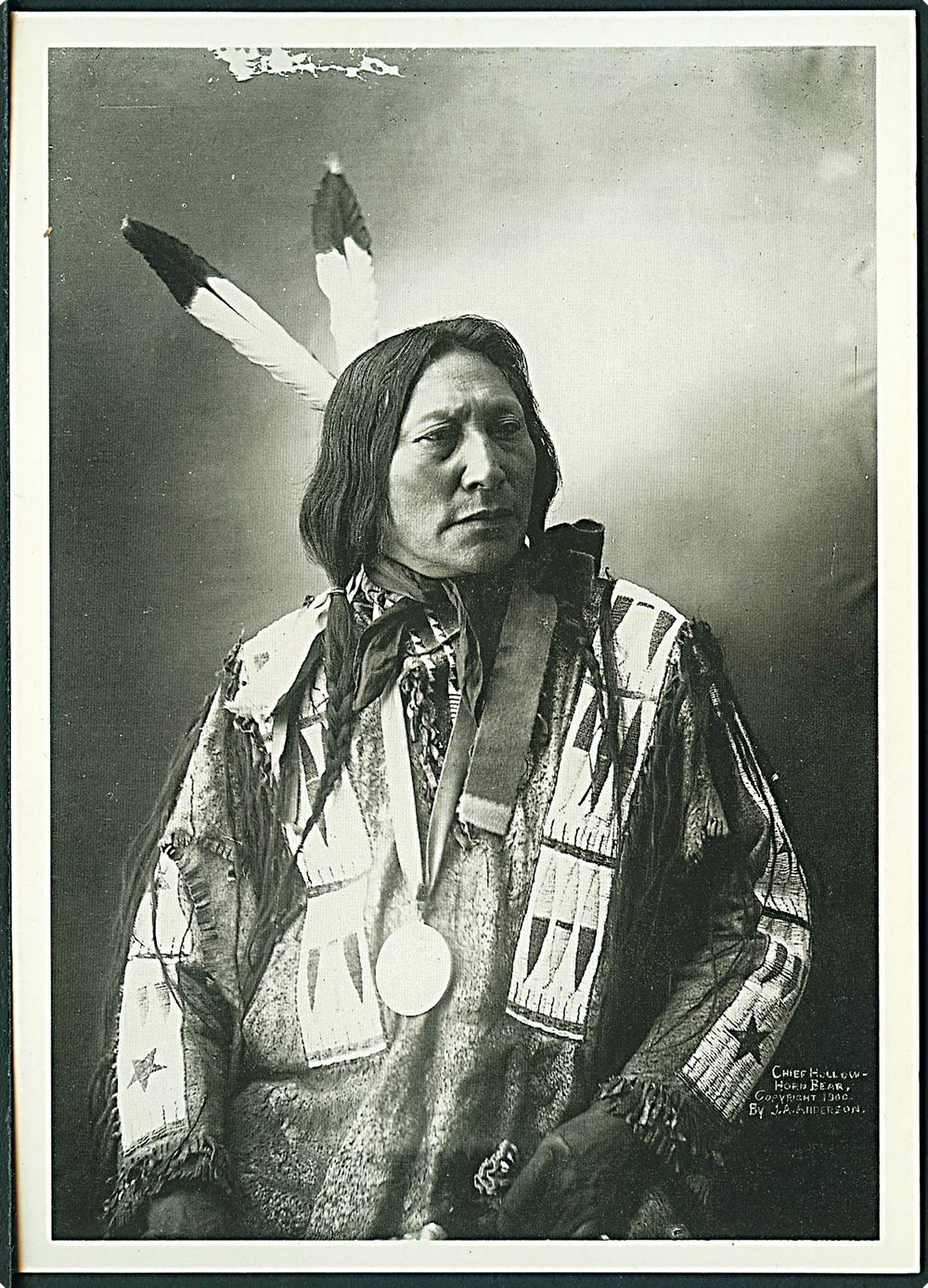 The Weltkulturen Museum acquired the shirt in 1908 in an exchange with the American Museum of Natural History (AMNH) in New York. The AMNH had received it in 1906 as part of a large collection from New York millionaire, socialist and philanthropist James Graham Phelps Stokes (1872–1960). The circumstances under which the shirt previously came into the possession of J.G. Phelps could not be reconstructed. The shirt was then in the possession of the Weltkulturen Museum for 113 years and was on show in the context of a permanent loan to the German Leather Museum in Offenbach for the duration of 30 years.

During a visit to the Weltkulturen Museum in 2019, Chief Duane Hollow Horn Bear viewed the shirt and issued a request for its return. He presented a historic portrait photograph by photographer John Alvin Anderson from 1900 showing Chief Daniel Hollow Horn Bear (Mato He Oklogeca) wearing the shirt in question. As an experienced leader and politician, he was repeatedly negotiating with the U.S. government in Washington, D.C. for improvements for Indigenous communities on reservations at the time. He and his entire Indigenous community suffered the oppressive colonial-era conditions that prevailed at the time. 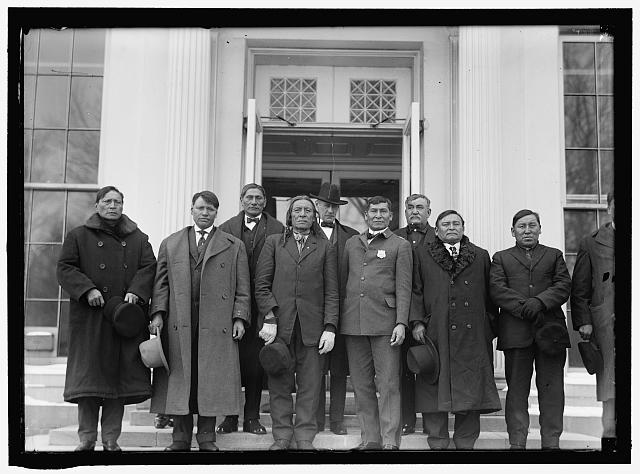 In addition, the Chief's shirt is a culturally specific, identity-forming object of religious significance to the Teton Lakota Indigenous community. It bears special patterns of brightly colored glass beads and human hair, which are undoubtedly attributable to the Hollow Horn Bear family and prove personal possession prior to 1906.

Although an illegitimacy of the object's acquisition could not be ascertained, the Weltkulturen Museum and the Deputy Mayor in charge of Culture and Science for the City of Frankfurt/Main decided to repatriate the shirt for moral and ethical reasons. For Chief Duane Hollow Horn Bear and his family, the return of the shirt is like the return of the great-grandfather himself. 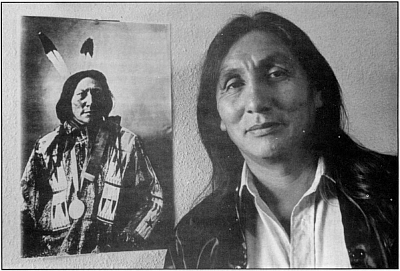 Through the generous support of the Weltkulturen Museum Friends, the funding for the transportation was made possible. In the process of repatriation, the Museum was supported by the U.S. Consulate General in Frankfurt, the National NAGPRA Program (Native American Graves Protection and Repatriation Act) of the U.S. Department of the Interior and the Smithsonian National Museum of the American Indian in Washington, D.C.

“Provenance research is one of the great challenges facing museums in the 21st century. The Frankfurt museum landscape has been taking this challenge very seriously for years and is subjecting its collections to a systematic revision. Even if it represents a loss for the collection and the object was legally acquired by the Weltkulturen Museum: I see the return of the leather shirt to Chief Duane Hollow Horn Bear as an obligation that outweighs the formal legal situation.” (Dr. Ina Hartwig, Deputy Mayor in charge of Culture and Science for the City of Frankfurt/Main)

“In the debate about restitution and repatriation of ethnological collections, the term cultural property from a colonial context keeps coming up. But colonial entanglements and cultural backgrounds are very different from case to case. It is important that every decision is preceded by an honest, equitable exchange between all those involved.” (Dr. Eva Ch. Raabe, Director, Weltkulturen Museum)

“This return is an opportunity for a new beginning in the relationship between the Museum and the community of its origin. Because in the current debate on who speaks for whom, a change of perspective is urgently needed!” (Dr. Mona Suhrbier, Curator, Americas, Weltkulturen Museum)

The Weltkulturen Museum is one of the signatories of The Heidelberg Statement "Decolonising requires dialogue, expertise and support" of May 6, 2019.